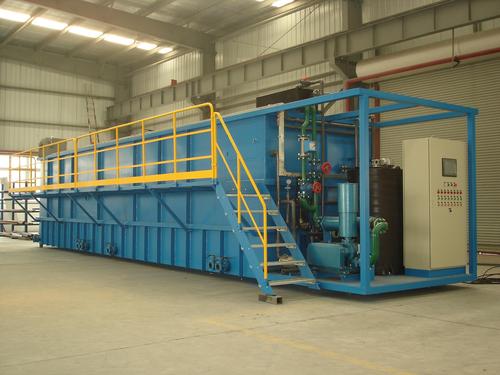 
With the dedication and commitment of our team of professionals we have emerged as one of the reliable manufacturers and exporters of modern and efficient Sewage Treatment Plant. Designed for efficiently removing pollutants from domestic sewage, industrial and commercial waste water, the plant functions seamlessly in the treatment process. We use good component and high grade raw materials in the production of the plant. The Sewage Treatment Plant has been designed for chemical, physical and biological processes for sewage treatment so that the cleaned sewage can be disposed off safely.

Sewage Treatment is the technique of eliminating pollutants from wastewater and household sewage as well as commercial and institutional effluents. The sewage may contain biological, physical and chemical impurities, and for removing such contaminants corresponding treatment is undertaken. The intention of sewage treatment is to release environmentally safe fluid waste stream (or treated effluent) and a solid waste (or treated sludge) ideal for harmless disposal or reuse (generally as fertilizers). With the advent of modern technology, now it is possible to re-use sewage effluent as drinking water.

SBR - Sequential Batch Reactor is an industrial processing tank for wastewater treatment. SBR reactors treat wastewater like sewage or output from mechanical biological treatment facilities or anaerobic digesters in batches. Oxygen is gurgled via the wastewater to minimize biochemical oxygen demand (BOD) and chemical oxygen demand (COD) to ensure its suitability for discharge into drains or for other use. The SBR is a sophisticated biological aeration type treatment plant developed to produce very high quality output from the effluent.

SAFF (Submerged Aerobic Fixed Film) Waste Water Management - The submerged aerobic fixed film process (SAFF), also famous as tricking filters, comprises of specifically prepared artificial media that assist in attachment of fixed film growth of the microorganisms. The aerobic ambiance in the SAFF reactor is accomplished by making use of fine bubble diffused aeration that also works to maintain liquid in a totally mixed regime. Biological expansion on the media surface of trickling filters facilitates the transformation of suspended organic waste material into by-products such as nitrates, carbon dioxide, water and biological solids which are later eliminated through cleaning process.

MBBR / FAB - Treatment of effluents having micro organisms manufactured as biofilms on biochips in an aeration tank in order to minimize the contaminant load (COD/BOD) in a Secondary Treatment process is known as Moving Bed Biofilm Technology. Owing to the provision of large surface area through biochip the micro organisms wonÃ¢Ã¢â¬Ã¢â¢t come out easily from the system and they build up biofilms on the carrier element/biochip to conveniently degrade the organic material and to trim down the pollutants (COD/BOD) load. The biofilm carrier elements are kept suspended in the water by air with the help of diffusers in the aerobic reactors, and via a mixer in the reactors. The fluidized aerobic bioreactor (FAB) is developed on the concept of suspended growth along with attached growth processes. The media has certain gravity below of water. Hydraulic currents invigorated by aeration assist in fluidization of the media.

The fundamental technology normally employed for the sewage treatment is Activated Sludge Process. This is suitable for both small and big processing plants and the variance is found in the enhancement and arrangement the different sections of the process. Nature offers us a unique solution in the form of activated sludge process to treat sewage naturally. It has offered a special balance in this technique whereby the present micro organisms will consume the largest amount when the food levels are high. This enables swift breakdown of the BOD levels to more affable levels. Once these levels are ensured, other heavier and less mobile microorganisms will minimize the BOD levels even further, until the final satisfactory standards are obtained. Since the last organisms are heavy and large, it allows us practically to settle these organisms out very capably, thus producing clear liquor.

To balance the process, we can identify four major sections in an activated sewage plant system:

Biological treatment is the process of using naturally found living organisms to decompose, stabilize and annihilate organic contaminants. Microorganisms present in the sludge use the waste to obtain energy and carbon. Biological treatment technologies are confined to organic wastes, and thus have restricted application. It is noteworthy to assess the process for comprehensive understanding. All living organisms need carbon and energy source in order to develop and reproduce. A large number of organisms (autographic) obtain carbon from inorganic compounds (like Co2), whereas other organisms (heterotrophic) get carbon from organic compounds. Aerobic and anaerobic metabolic pathways are utilized by microorganisms to decompose organic waste. During aerobic respiration, the organism makes use of oxygen to break down complex organic compounds into simple inorganic salts, water and carbon dioxide. Such microorganisms need an electron acceptor (oxygen in the case of aerobic), nutrients such as phosphorous (P) and nitrogen (N), and other trace elements. One of the most vital attributes of the waste is its biodegradability. Here, microorganisms can either directly use the polluted waste for obtaining energy and carbon from it or in support of another substance they can break down the contaminated waste co-metabolically. The biodegradability of a waste is measurable through BOD (5) / COD tests in a well-equipped laboratory. BOD (biological oxygen demand) is a test by which contaminants can be classified as per their biodegradability. COD (chemical oxygen demand) ascertains the measure of the oxygen needed to oxidize all compounds in water, both organic and inorganic.

Chemical treatment process is used for cleaning uncontrolled hazardous waste sites. In general, chemical treatments change the structure of the waste contaminants to make them less hazardous as originally. The main purpose of using chemicals and chemical reaction is to either immobilize and mobilize for extraction or detoxify the contaminants. A chemical treatment technology may accomplish one or all of the aforesaid tasks. Prior to describing any of the treatments in an elaborate manner, some points must be emphasized:

The Sequential Batch Reactor combines the efficacy of activated sludge aeration with batch. Under this reactor, treatment can be provided to achieve exceptional efficient quality even under extreme loadings.

The SBR makes use of an aeration process famous as activated sludge but functions on a storage and batch treatment cycle that ascertains full treatment of all the effluent, even under pack flow conditions. Crucial sewage enters the primary Settlement Tank where gross solids deposit and the supernatant liquor left near the surface can be withdrawn. Substantial buffer storage volume is ensure to manage with even the most intense peak flow loadings and aerated by a potent air bubble diffusers in the time range of 4 to 6 hours. After carnation, the bubble diffuser is switched off and there is a settling period of two hours during which the dense activated sludge sediments at the bottom leaving behind the clarified effluent, which is then made to flow out into the drain. 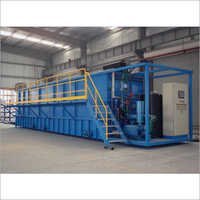 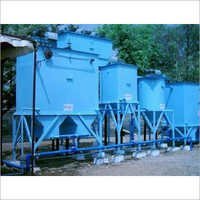